Working with Apex in Michigan

How farmers and landowners in Isabella County Michigan worked with Apex to bring wind energy to their community. 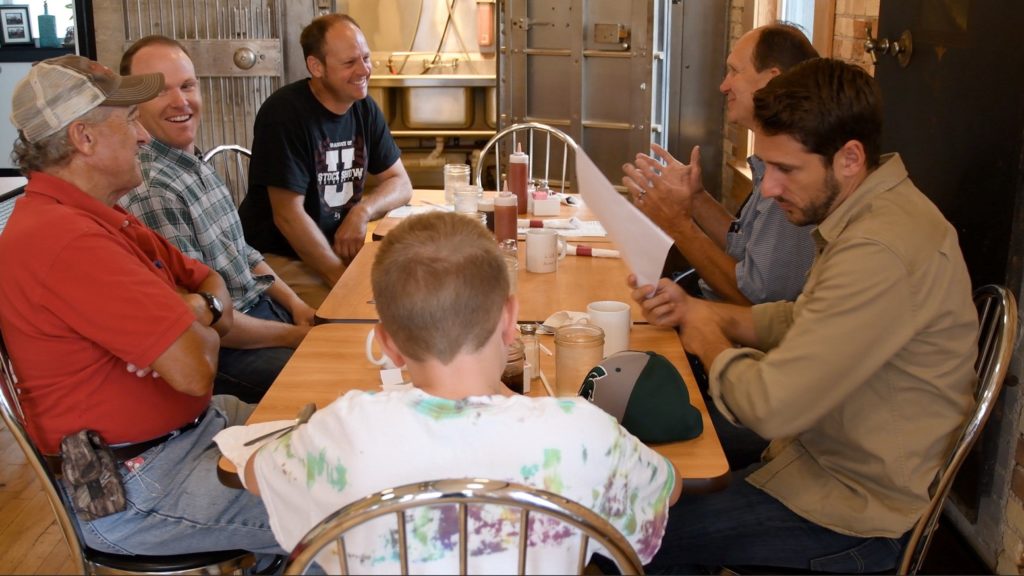 Members of the Isabella wind energy steering committee meet with Apex representatives over breakfast at Roz’s Diner in Rosebush, Michigan.

(Rosebush, MI) - Bob Walton leans against the barn gate, his red polo shirt and ball cap bright against the shed’s dim interior. The cows and calves inside are content to snack on hay and watch Walton out of the corner of their eyes.

“As long as I can climb on a tractor, I’m getting on and going,” says the 70-year-old farmer. “There’s just something about it, you know?”

Even if you’ve never planted a seed, everyone can understand that feeling.

Walton has lived in Michigan’s Isabella County his entire life. His family has owned the land he farms for 34 years longer than that—longer still if you count the years before the Waltons were officially deeded the property in 1913. Centennial Farm began as a dairy operation but has gone through several iterations before settling as it exists today.

“We’re pretty small,” Walton says, before catching himself. “Not to city people—they consider it big—but we’re only 400 acres between my daughter, my son-in-law, and myself.”

Each spring, they plant corn, soybeans, wheat, and hay, all to be harvested come autumn. In between those backbreaking seasons of work, the farm is subject to Mother Nature’s whims. Some years it’s drought. Others it’s pests. This year, July brought heavy rain and harsh winds, leaving fields flooded for days and rotting some yields.

“It’s the best crop you’re going to have and the most profitable crop you could ever raise,” says Walton.

“You get discouraged sometimes when you look at the crops, because you know that’s your livelihood,” says Walton. “Farming is not always a lucrative profession.”

Despite the challenges, Walton one day hopes to pass down the family property, and he’s exploring different ways to leave a better Centennial Farm and Isabella County for his grandchildren.

In this pursuit, Walton has taken on responsibilities beyond his roles as a farmer, father, and grandfather. He ran for the township board, and more recently became a member of a wind energy steering committee.

After Apex Clean Energy approached his community, Walton and several others formed a steering committee to learn about wind energy, determine how wind development would be received, and decide if it was right for their area. The group spent nearly a year meeting regularly, researching wind power, visiting wind farms, and talking with landowners, farmers, local officials, and attorneys.

The more the committee learned, the more they envisioned wind energy in Isabella County.

“It’s the best crop you’re going to have and the most profitable crop you could ever raise,” says Walton. “We couldn’t see where it was going to be a detriment to the area.”

Projected tax revenue from Isabella Wind, an Apex project, could amount to approximately $31 million over 25 years for local schools, townships, and the county. Landowner payments could total another $103 million, a significant investment for the community. 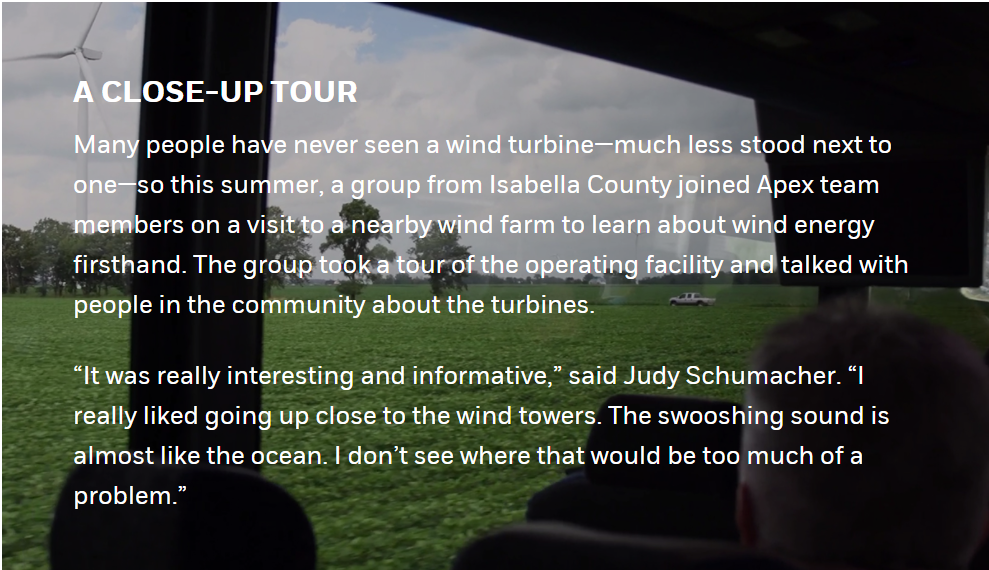 “The revenue to the area residents that are willing to lease will be very beneficial,” says Walton. “It’ll be extra income spent in our community that can help local businesses.”

After months of work, the committee reached a decision: they wanted wind energy in Isabella County.

“Apex was more willing to meet our terms and come up with what we felt was a better lease,” says Walton. “In the lease, we try to protect the land and the landowners as much as try to get a bigger payout for the participants.”

One of the most significant and unique elements of the lease is a pooling agreement, a suggestion the committee took from other communities. This allows every landowner who signs up for the project to receive a percentage of the payout based on their acreage, regardless of whether they have a turbine on their land.

But Isabella Wind is about much more than just revenue for Walton. The project represents a brighter future for his grandkids, a more sustainable legacy, and a more fruitful Centennial Farm.

“In talking to the successful wind farms, all the landowners there said it makes a little less payment to the landowner that has the windmill, but it makes for much better neighbors. Share that wealth,” says Walton.

“We don’t really own this land,” says Walton, gazing across the farm’s rich, green soybean fields. “We’re just the caretakers.”